To reach ultimate sharpness on any knife edge, we will advice you to use Japanese water stones. However, there are also good reasons for us to offer you pull-through knife sharpeners in our web shop. There are several advantages to these sharpening systems. For one, they are very easy to use, which enables you to use them without having to master the art of sharpening in advance. The conduction of the knife automatically provides you with the correct angle; one of the most important elements of knife sharpening. The result of sharpening with a knife sharpener may not be as sharp as it could be when using a water stone. But our question is whether that sharpness is necessary with regular use of a kitchen knife. Our aim with this test is to answer this question.

We have taken 6 different pull-through knife sharpeners to compare. We tested them in situations which were as similar as possible and used them according to the instructions of the manufacturer. If necessary, we kept sharpening until it was simply impossible to increase the sharpness of the knife. First we blunted some Eden Classic Damast Chef’s knives on a whet stone. By cutting paper, we were able to check whether the condition of each of the knives was equally blunt. Then we started sharpening and after doing so, tested the edge on a piece of paper again. Sometimes a knife may seem sharp after sharpening, but actually this ‘sharpness’ is caused by a false burr. That means that the knife has not yet reached it proper V-shape, but that a burr was created which makes the knife appear sharp. After a few cuts in paper, this burr will wear down and you will find the knife is still blunt, or at least, not as sharp as expected. 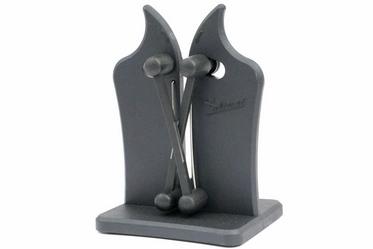 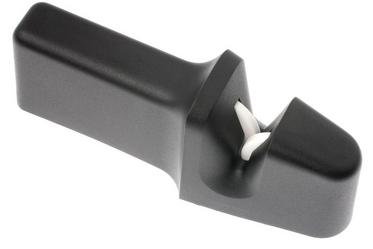 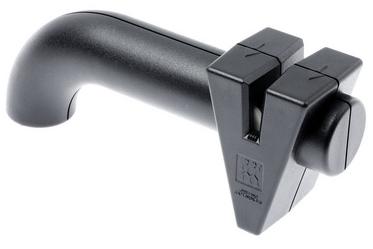 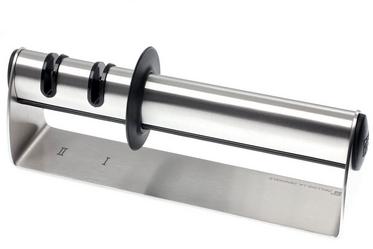 A pull-through knife sharpener is easy to use and definitely a good option for those who want sharp knives, if convenience and speed are a high priority with sharpening. The true ‘razor edge freaks’ will have to take a look Japanese water stones. These enable you to put the ultimate razor edge on any blade. However, they do demand some technique and practice at first. Of all the knife sharpeners which we tested, the Minosharp Plus 3 is an absolute winner. With it’s ceramic wheels it gradually transforms your knife in three phases, from blunt to nice and sharp. This is done within a very acceptable time frame. If speed is most important to you of all qualities a pull-through sharpener can have, we will advise you to choose the Vulkanus. 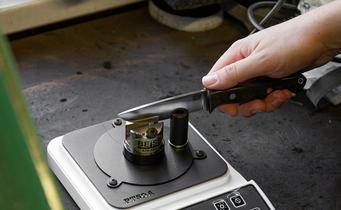 How does the Edge-On-Up BESS sharpness test work? 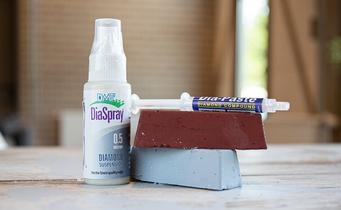 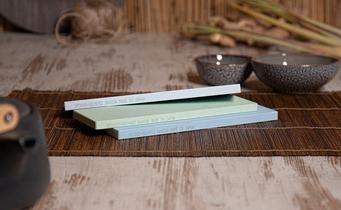 Sharpening on a sharpening stone: your personal zen-moment! 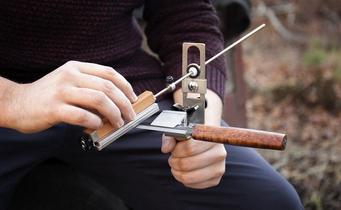 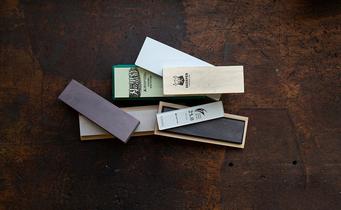 Sharpening stone materials: which are the best? 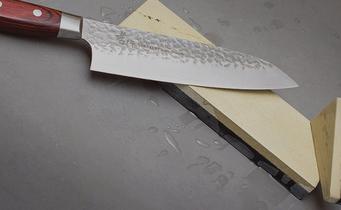 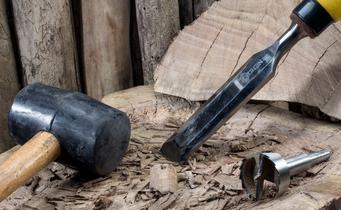 How do you sharpen a chisel? 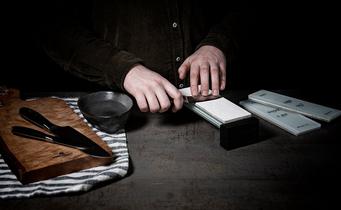 Sharpening your kitchen knives? You can do it yourself!