Fast delivery from our own stock Over 12.000 products Our customers give us a 5-star rating
Login
EUR
EUR GBP
Service
Get Smarter
Gift cards

Convex sharpening: not complex at all!

What is a convex grind?

A kitchen knife is usually enhanced with a flat grind, a Scandinavian bushcraft knife with a scandi grind and hunting knives with a hollow grind. The grind stands for the way the edge of your knife is sharpened. A grind which has led to a lot of questions is the convex grind. Here the grind runs from the spine (the top of the blade) towards the edge without interruption. As such the blade gets that famous convex shape that characterizes the convex grind. Do you want more information about the different grinds? If so check out the different grinds.

A convex grind has a couple of important advantages. A good convex knife can have a stronger edge, and still have a smoother cut. You namely miss the angular shoulder a flat grind does have. As such this type of grind is very popular for bushcraft knives. Knives with a convex edge are incredibly sharp and can handle heavy-duty tasks without losing their sharpness. They are therefore also perfect for wood work.

Are you looking for a good example of a knife with a convex edge? The fixed knives from Bark River Knives and Fällkniven are all enhanced with a convex grind.

Why sharpening convex knives is easy

Sharpening your own knives is getting more and more popular. Sharpening a flat grind, scandi grind or hollow grind is done the same way. You hold the knife at a fixed angle and move the knife, in the same angle, alongside, for instance, a sharpening stone. As mentioned before, a convex edge has a curved blade. However, sharpening stones are flat, so how do you sharpen a round surface with a flat stone?

Many think that a convex grind is difficult to sharpen. However, with the right knowledge sharpening a convex edge is actually really easy!

Ways to sharpen a convex edge

The easiest way is using a sharpening machine. The grinding belt moves with you as you hold the knife against it, which causes the belt to bend. As such you will always sharpen with a 'convex' angle. We believe the Work Sharp Ken Onion Edition with the Blade Grinding Attachment is perfect

Sharpening systems or sharpeners are often not the best option to sharpen convex knives. Sharpening systems are designed to constantly use the same fixed angle. On the Wicked Edge, for instance, you could sharpen your knife with a fixed angle and afterwards constantly move one degree until you have sharpened the entire blade. This, however, could take quite a while.

What do you need to pay attention to?

As mentioned before you shouldn't sharpen a convex edge with a fixed angle. Try to sharpen the entire blade at the same time. It could help to use a marker and colour the entire blade to see which spots you did and did not sharpen.

By loosely moving your wrist over the sharpening stone, you will never sharpen at the same place or use the same angle. As such you automatically create a convex edge.

Make sure that at the end of the stone you don't turn the knife too far upwards. Gradually turn the edge towards the stone as you sharpen the knife. As soon as the edge 'cuts' into the stone you have reached the ideal cutting angle. Don't turn any further!

Technique is very important so it won't hurt to first try it out with a cheap or old knife with a convex edge.

It might take some getting used to but sharpening a convex edge is easier than sharpening using the same angle. With a convex grind you sharpen the entire curve of the blade and not just the edge / the cutting surface. If the curve runs over the entire blade (up to the spine), it is even easier to sharpen. You namely don't have to stop sharpening halfway through the blade.

You could always use a marker to cover the blade. If you still see some colour when you are done sharpening, there are parts of the blade that still need to be sharpened. Constantly check the blade as you sharpen the knife.

As with most things you learn most by doing it. That is why you should definitely try to sharpen a convex edge! Use, just in case, an old or cheap knife with a convex edge when you get started. You will see that it is not as difficult as you thought! Are you still left with some questions? Please don't hesitate to contact us. 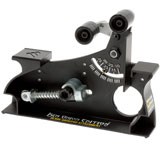 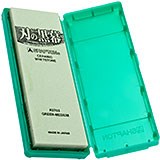 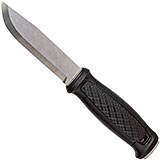 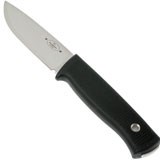 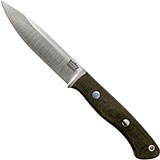 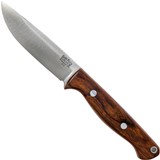 How do you sharpen a scandi grind?
Taking care of your pocket knife
Stropping a knife